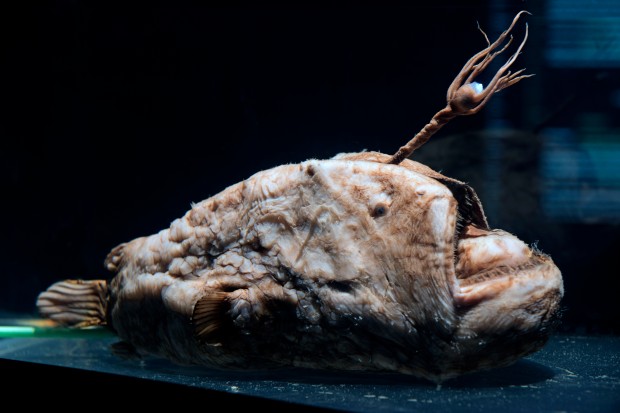 I just finished reading A Little Life by Hanya Yanagihara and I feel compelled to write about it for several reasons. One is that I’m reading novels all the time and it’s one of my single greatest pleasures in life, yet I rarely mention it here. Two is that the book rather moved me. And three is that I saw this exhibition that resonated with the book. I’m sure there’s other reasons but let’s get moving.

A Little Life is a devastating, epic chronicle of one man’s life and that of his friends (Plotspoiler warning). The main character is an orphan who suffers horrific abuse at the hands of various tormentors throughout his childhood, then spends the rest of his life wrestling with the demons — both mental and physical — that the abuse leaves behind. This is juxtaposed with the fact that, in his adulthood, he forms some of the most beautiful relationships with friends, parental figures, mentors, caregivers and romantically.

The main character in A Little Life is addicted to cutting himself and is a mass of injuries and scars — internal and external — due to his self-abuse and that inflicted upon him by others. It’s a visceral depiction of the way, as human beings, we’re all to some extent concealed and revealed by our scars and neuroses. And about how we’re all works-in-progress throughout our little, petty lives. I thought of my own addictions (however minor), my rituals, my patterns of thought and behaviour — some well worn, other forged anew. These behaviours trap us and yet anchor us to our lives, to the people that we are.

Coincidentally, I went to a fascinating exhibition called Abysses at the Natural History Museum in Neuchâtel. The exhibition showed rare photos and taxidermy models of the creatures of the Deep Sea: angler fish, dumbo octopus, lantern sharks, etc. Due to my inadvertent consumption of Octonauts cartoons, I actually knew of the existence of many of these beings (as did my delighted nearly-5yo son, who could identify most of them without referring to the guidebook). But it was incredible to see real photos and, particularly, the physical forms in taxidermy (is it called that when it’s fish?).

I was struck by how the creatures of the deep sea look unfinished. Scarred. Darkness is their final layer of skin. They are a mass of unpigmented flesh and they are not pretty. After all, what need have they of looks? Down there where it’s dark, it’s cold, it’s quiet and it’s hungry… (a quote from the exhibition). Seeing this while reading A Little Life, it seemed poignant as a reference to the way in which everyone hovers on the edge of their own madness, the edge of their own personal abyss; flirting with the danger, sometimes diving further down, other times swimming out into the light…

The book depicted friendship — the love, trust and deep knowledge you get with people you’ve known a long time — heartbreakingly well, while also showing the way we cover ourselves and lie to each other and self-deceive and self-harm and try and try as we might, how we never truly know one another. Unanswerable questions were asked about where the line lies in helping someone who does not want to be helped (or do they?): at what point do you become an enabler? A source of further harm?

I guess, in the end, we’re all just snatching at fragments of luminescence and scraps of food that float down from above. Most of it apparently already digested and shat out several times by those who dwell further up in the light. Of course the creatures of the Deep Sea are also beautiful in an otherworldly way – some are inky-clear to avoid being seen in the dark, others exist in shades of darkroom red, and there’s the flashes of bright to lure prey and/or repel predators as they float in the dark. In this respect, our strangeness is often our beauty. Our ugly parts what make us stong.

The final thing I will say about the book was the conspicuous absence of any mother character. In fact every female in the novel was peripheral. The book discussed parenting and indeed nurturing from a father’s perspective but this lack of The Mother was a bit perplexing. Maybe I’m taking it too personally. And maybe this absence was yet another abuse heaped upon the main character to show a person who truly had been fucked around by fate. It didn’t pass the Bechdel test (if that can be applied to novels) but, to me, the depictions of love and friendship rang true as universal. However, I still have to pull up and question that use of men as the ‘control’ – the neutral ground on which to lay all those other Big Topics.

Of course, in the dark of the Deep Sea, there’s not much nurturing either. Not for those alien-creatures the happy parenting of the whales or the dugongs, oh no. Starve, freeze and sink or swim.

Next week – something fun, I promise.  😛