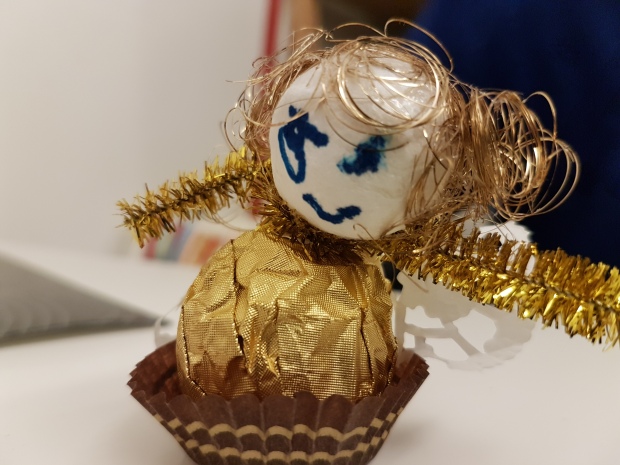 It was with some trepidation that I looked back on my “writing goals for 2018” post this week to see if I’d achieved what I set out to. I somehow remembered that I’d been too ambitious and I really hate and fear failure. But I was pleasantly surprised to see I’d known from the start that this year was all about finding paid work and that would mean my own writing would suffer.

I guess it’s fair to say, I’m pleased to have achieved what I set out to do – get a job. But I’m also sad that this meant, as predicted, way less creative writing for me. However, despite saying I wouldn’t manage it, I did end up doing most of GloPoWriMo2018 global poetry month in April, so that was a bonus. I did submit a few poems, short stories and creative non-fiction but all were rejected and I didn’t have time or the jive to revisit/rework them and keep submitting. Rejection stings. Then some family issues mid-year, combined with starting work really diverted all my energy to survival-mode.

I’ve been on somewhat of a journey this year (forever). My birthday falls in January and 2018 was a significant one that made me reassess a lot of my ideas and habits. It’s a process that is ongoing but I’d also like to acknowledge here the hard work I’ve done throughout the past 12+ months that’s along the lines of trying to be my “Best self”. This has involved mental and physical undertakings.

I’ve been trying really hard to shed some outdated beliefs / habits / addictions and insecurities. I’m not 100% there (is anyone, ever?) but I think I’ve made progress. And it’s part of the journey to take a moment to congratulate myself. It has not always been easy or enjoyable, although sometimes it has! Well done, Claire.

A big part of this year has been my running, too. It’s funny, when we moved to Zurich five years ago a friend here mentioned “there’s great running trails here,” as a selling point at the time. To which I scoffed dismissively “not interested, that is NOT my thing. At all. Ever! ” Well never say never.  In 2018 I clocked up more than 1,000km of running. I’m stupidly proud of this. Not just because it’s a big number but because it means I was consistent. In rain, hail, snow, sun, heat, blahblah I kept on jogging all year. I went for runs in Zurich, Rome, Sydney, Porto, Perth, Ocean Shores, Dübendorf and Venice and I completed my first-ever Half-Marathon. And, to tie it back to my previous point: running has hugely helped my mental health.

It’s been an interesting year. When I look at my blog stats, they’re way down on 2017, which was a wonderfully flourishing period for my writing AND I did the 26Cantons52Weeks to boot. I wrote some decent stuff in 2018. I was going to say the quality had suffered, but I just read everything and… well… I like it! But I also know the difference it makes to write regularly, as I was doing in 2017. So I hope to get back to that in 2019. However, I am going to err on the side of sensible because I don’t want to set myself up to fail. So what are some reasonable goals…

Photo: a wicked angel my son made at school